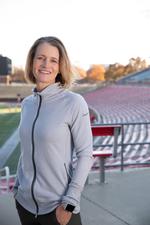 Nelson spent eight seasons as an Associate Head Coach and Assistant Coach for the Mustangs from 2012-2019 before founding Nicole Nelson High-Performance Consulting. As a High-Performance Consultant & Crucial Competencies Coach, she specialized in serving high-performance coaches, athletic administrators and athletes who are self-motivated to improve performance, exceed perceived limitations, embody their full potential, and positively impact others while doing so.

In addition to her coaching career at SMU, Nelson has served as an adjunct faculty member for SMU Sport Performance Leadership and earned a Master's Certificate in Executive Leadership Coaching and Conflict Management. Outside of SMU, she worked as a talent scout for US Soccer Identification Centers and Development Academy.

In 2019 on the Hilltop, Nelson helped SMU to its fourth-straight 10-plus-win season, notching a 12-7-1 record, including a draw with No. 25 Oklahoma State, and helping SMU to a ranking as high as No. 22 in the United Soccer Coaches poll. The Mustangs made an appearance in the postseason at the AAC tournament semifinal match. Player highlights for SMU included two All-AAC First-Team picks, two All-AAC All-Rookie choices and two All-AAC All-Tournament Team selections in addition to a CoSIDA Academic All-District First-Team honoree.

In 2018, Nelson assisted SMU to a ranking as high as No. 18. Three athletes received All-American Athletic Conference honors, including Allie Thornton with a First-Team selection and Courtney Sebazco with the Rookie of the Year honor. In 2017, the Mustangs reached No. 22 in the United Soccer Coaches Poll, the first time being ranked since 2006. SMU finished the season with three wins against top-25 teams (No. 17 Arkansas, No. 16 Oklahoma and No. 21 Cincinnati). The Mustangs also advanced to the American Athletic Conference Tournament semifinal for the fourth time in five seasons. Four student-athletes earned AAC honors, including Claire Oates and Allie Thornton, who were named to the All-AAC First and Second Teams, respectively. Freshmen Hannah Allred and Isabelle Nashmi were named to The American All-Rookie Team.

In 2016, Nelson helped lead the Mustangs to a 13-7-2 overall record en route to their first NCAA Tournament appearance since 2006, as well as runner-up honors at the American Athletic Conference Tournament. Five student-athletes were named to AAC All-Conference teams, including Vanessa Valadez and Thornton, who earned First-Team honors. Following the AAC Championship, four members were named to the AAC All-Tournament Team. In 2014, Nelson helped guide freshman Claire Oates to conference Rookie of the Year honors and Second-Team All-Conference accolades.

Before coming to SMU, Nelson served as the head coach at Oklahoma from 2007 to 2011. During her time at OU, Nelson led the Sooners to an NCAA Tournament appearance in 2010 as she was named co-Big 12 Coach of the Year. That year, the team ended with the highest Big 12 finish in program history (T-3rd) and advanced to the Big 12 championship game, making it the first time that the program advanced past the first round. She coached players to numerous all-conference and all-region honors as well as several academic awards and had three athletes drafted to professional programs.

In July 2010, Nelson worked as a U.S. Soccer Region III age group coach. She was a member of the Olympic Development Program for Region III for nine years and served as the head coach of the US Soccer Region III '97 Age Group from July 2010-May 2013. Nelson took the team to events in Costa Rica and on a European Tour in March of 2013, where the team played games in Germany and Switzerland.

Nelson spent two years as an assistant at Texas (2006-07) under Petrucelli, where she served as the recruiting coordinator. She helped coach a Longhorn team that won back-to-back postseason Big 12 Championships in 2006 and 2007, and advanced to the NCAA Round of 16 both years. In 2005, Nelson served as the recruiting coordinator and an assistant coach at Baylor.

Prior to her time at Baylor, Nelson served as the head coach of the Stephen F. Austin women's soccer team (2002-2004), leading the team to two Southland Conference Championships. In her second year at the helm, Nelson's Jacks won the conference tournament and made the program's first NCAA Tournament appearance in 2003. In 2004, SFA won the regular season Southland Championship and Nelson was named the conference coach of the year for the second consecutive season. She led 25 student-athletes to All-SLC honors over three seasons and left the Jacks with the most wins in program history. Nelson served as an assistant at SFA during the 2001 season.

Before she started her career in coaching, Nelson played semi-professional soccer for the Austin Lonestars (W-League). Following that stint, she worked with numerous clubs and camps before taking her first position in the collegiate ranks as a volunteer assistant at her alma mater in 2000-01.

As a player, Nelson started every game and was the team captain in 1995, 1996 and 1997 at Oklahoma City University under Brian Harvey. Nelson was a three-time All-Sooner Athletic Conference member and Academic All-American. She began her collegiate career at Texas A&M University as a freshman and concluded it at OCU as an All-American (honorable mention).

Nelson and her wife, Lee Ann Riley, reside in Dallas. 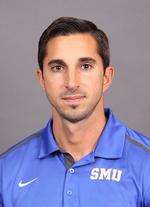 Mat Cosgriff enters his seventh season (2020) on the Hilltop after being named as an associate head coach/goalkeepers coach for the SMU’s women’s soccer team in April of 2014.

During 2019, Cosgriff helped SMU to a 12-7-1 overall and 4-5 conference finish. In goal, Cosgriff helped lead SMU to a 0.93 goals against average (GAA) (3rd AAC), the 5th best in SMU history, a .793 save percentage and 9 shutouts (3rd AAC), which is tied for 6th best in program history. Starting goalie Tatum Sutherland finished with 8 shutouts, a 1.00 GAA (4th AAC), which ties for 7th in SMU history, and a .779 save percentage. The Mustangs made an appearance in the postseason at the American Athletic Conference tournament semifinal match. Conference honors for SMU included two First-Team, two All-Rookie and two All-Tournament Team selections, including Sutherland, who was an All-Rookie selection.

In year four at SMU (2017), Cosgriff helped the Mustangs to its second consecutive 10 win season (10-7-3) for the first time since the 2010 and 2011 seasons. Following back-to-back wins against top-20 opponents to open the season, the Mustangs reached No. 22 in the United Soccer Coaches’ Poll, the first time being ranked since 2006. Working primarily with the goalies, Cosgriff helped lead SMU to a 1.20 goals against average (GAA) (5th AAC) and a .745 save percentage. Starting goalkeeper Catie Brown recorded eight shutouts (T1st AAC, 43rd NCAA), while boasting a 1.21 GAA (6th AAC) and a .728 save percentage. SMU finished the season with three wins against top-25 teams (No. 17 Arkansas, No. 16 Oklahoma and No. 21 Cincinnati). After finishing sixth overall in the regular-season, the Mustangs advanced to the American Athletic Conference Tournament semifinal for the fourth time in five seasons.

In 2014, his first season on the Hilltop, Cosgriff helped guide a young Mustang team to seven wins. Due to injuries to both starting goalkeepers, he was tasked with the challenge of transitioning a field player, Lissi Lonsberry, to goalkeeper. Cosgriff overcame this challenge, as Lonsberry posted a 5-3 record, including two shutouts, in the eight games she started in net. Cosgriff also saw senior goalkeeper Lauryn Bodden post a career-high 11 saves in a game versus USF.

Cosgriff was an assistant coach and goalkeeper coach at Washington State from 2012-14. During his tenure, he helped the development of one Pac-12 Player of the Year and six Pac-12 all-conference selections. In 2013, Washington State was seventh nationally in both goals allowed and goals against average and sixth in the nation in shutouts. The Cougars advanced to the NCAA Tournament in both 2012 and 2013. His athletes excelled both on and off the pitch, as 21 Cougars earned Pac-12 all-academic honors and the teams averaged a 3.23 GPA.

Cosgriff was an assistant at South Carolina from 2003-11, where he worked with goalkeepers and assisted in all aspects of the program. He mentored the careers of three of the top seven goalkeepers for goals against average in Southeastern Conference history.

For three-straight seasons (2009-11), South Carolina had the SEC’s top defensive unit and Cosgriff’s goalkeepers own the top-five goals against averages in Gamecocks’ history. South Carolina participated in the NCAA Championship each of the last-five seasons Cosgriff was on staff. The Gamecocks won the 2009 SEC Tournament title and advanced to the sweet 16, and the 2011 squad won the SEC regular season crown.

Prior to South Carolina, Cosgriff was an assistant coach for the men’s soccer team at Maine, his alma mater, from 2002-03. He graduated (2002) with a Bachelor of Arts degree in sociology.

A native of Lebanon, N.H., Cosgriff played for the Vermont Voltage of the Premier Development League from 2000-01. He also played at Maine for four years, starting at goalkeeper and serving as team captain.

Matthew joined the SMU Women’s Soccer staff in June 2021 as the Graduate Assistant after finishing a great playing career. Prior to SMU, Matthew played 2 seasons as a professional with Nybro IF in Sweden where he was made a captain and was voted the 2019 Player of the Year.

King played four years of college soccer, two at Valparaiso University (2017-19) and two at Grand Canyon University (2015-17). He was a key member of both groups as a leader on and off the pitch. He featured in 45 games throughout his college career, starting every game as a senior and registering one goal.

Matthew also has experience as a coach from his time spent working with Southwest United Soccer Club as a technical assistant, Valparaiso High School in a similar role, and various university run summer camps during the off-seasons.

Matthew and his family moved from his native Tramore, Ireland to Edmonton, Canada in 2009 where his family now calls home. He graduated from Valparaiso in 2019 with a Bachelor in Sports Marketing and Promotion and a minor in Communications. 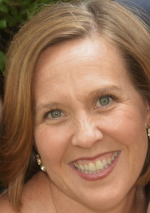 Paula Woodbury received her Bachelor and Masters degree from Baylor University.  She began her career as a College Admission Counselor for Baylor University.  After completing her Masters, she moved to Dallas and began working for Ernst & Young in campus recruiting.  Paula served in multiple campus recruiting roles locally and nationally while at Ernst & Young including recruiting for Audit and Tax, Financial Services and Actuarial Services.  While she loved her job tremendously, she took a hiatus to raise her children.  During that time, she volunteered ferociously in various PTA, Booster Club and church roles, became a certified Cross Fit Coach and completed 2 dozen marathons, 5 Half Ironmans and 2 Ironmans.  She spends her free time reading, cooking, managing the family calendar and gleefully attending her children’s numerous musical concerts.  Paula is thrilled to bring her skills to SMU Girls Soccer camps and is looking forward to making SMU Girls Soccer Camps the best experience for our campers! 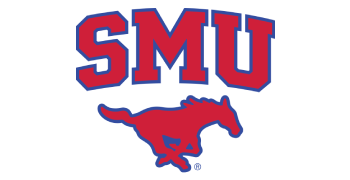 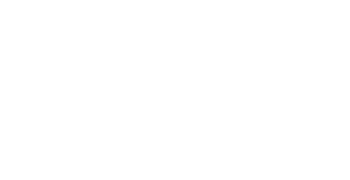 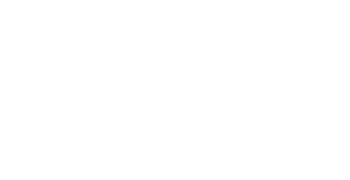